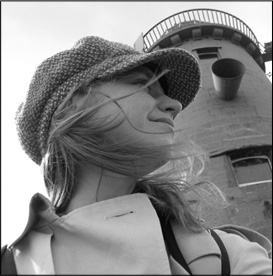 Nolwenn Collet is a French ballet pianist living in Ireland.

Born in Provence, in the South of France, Nolwenn began playing the piano at the age of three.

She then spent her childhood in a South Pacific Island, New Caledonia and got very influenced by traditional music and dance.

Back in Europe, she and her family went to live in Germany for a while. She studied Harmony and composition in Luxembourg with Professor Mullenbach and discovered improvisation but also music analysis and theory.

Fascinated by music, space and their relationship, she then went to live in Paris where she studied music and architecture.

Nolwenn was awarded the French State diploma in piano accompaniment for ballet and contemporary dance in 2001. She was immediately appointed as permanent ballet accompanist by the Paris conservatoires, a position she retained until she relocated to Ireland in 2009.

Nolwenn has been company pianist for the National Ballet of Ireland since 2010. In addition, she plays for professional classes, and events in Ireland.

Latest Testimonials
Everything is alright. I've just finished the Stephane Dalle Floor Barre class. I'm so happy! Thank you very much for this class online. The... View more

Just downloaded Ray Lindsey's ballet class 1, beautiful music! The download process was very straightforward, I just had to work out how to unzip the... View more