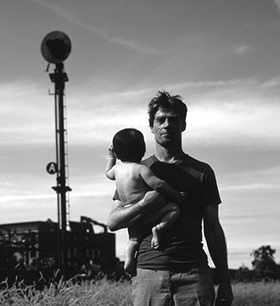 Ray Lindsey is a pianist and composer currently residing in Philadelphia, Pennsylvania. As a composer he has created works for the University of Washington, Interlochen Arts Academy, Pa. Governor’s school for the Arts, Bryn Mawr and Swarthmore Colleges, the Dayton Ballet, the Shirley Rock School in Philadelphia as well as theatrical productions, television, and works for modern dance and ballet choreographers.

Among the instruments he plays are piano, violin, metal and wood flutes, mbira, xylophone, guitar, and chromatic harmonica. Additionally he has been involved with electronic music techniques and audio editing for many years.

Ray Lindsey became involves in the dance world in Kansas City, MO in the late seventies. He was on the staff of the Charlie Parker Foundation as a jazz piano teacher and was pursuing studies at the Kansas City Conservatory of Music with George Salisbury (jazz pianist). At the Conservatory he met Tatiana Dukodovska (a well-known Kirov dancer and teacher) and began playing for her ballet classes. Soon, he was hired to play classes at the ansas City Ballet. In the nineties, Ray moved to Philadelphia where he had a position for five years as principal accompanist at Swarthmore College. While there, he was invited by Prof. Kwebena Nketia to be in residence at the Institute for African Music and Dance in Accra, Ghana.

He studied composition and 20th century harmonic techniques with Joseph Castaldo at the University of Arts while he was playing classes there. He is currently a pianist with Pennsylvania Ballet in Philadelphia.